The Amazon Conservation Team works hand-in-hand with indigenous and other local people to apply the power of innovation and time-tested traditional practices to protect the forests and watersheds of tropical America, the Amazon Rainforest.

As of 2020, they have been in existence for 24, helped indigenous reserve expansions and creation of 1.9 million acres of land, and partnered with 78 partner communities.

Indigenous people, the first, native people of the land, have a close kinship with the land and have shown that they have an understanding of how to be good stewards of the land.  As such, Western cultures that threaten their way of life and threaten our collective existence on this planet, have the opportunity to humble themselves to learn from them, help them, and join with them in saving the ecosystem of our precious planet Earth.

Watch Jeff Bridges on the Amazon Conservation Team give you a brief tour in the video below: 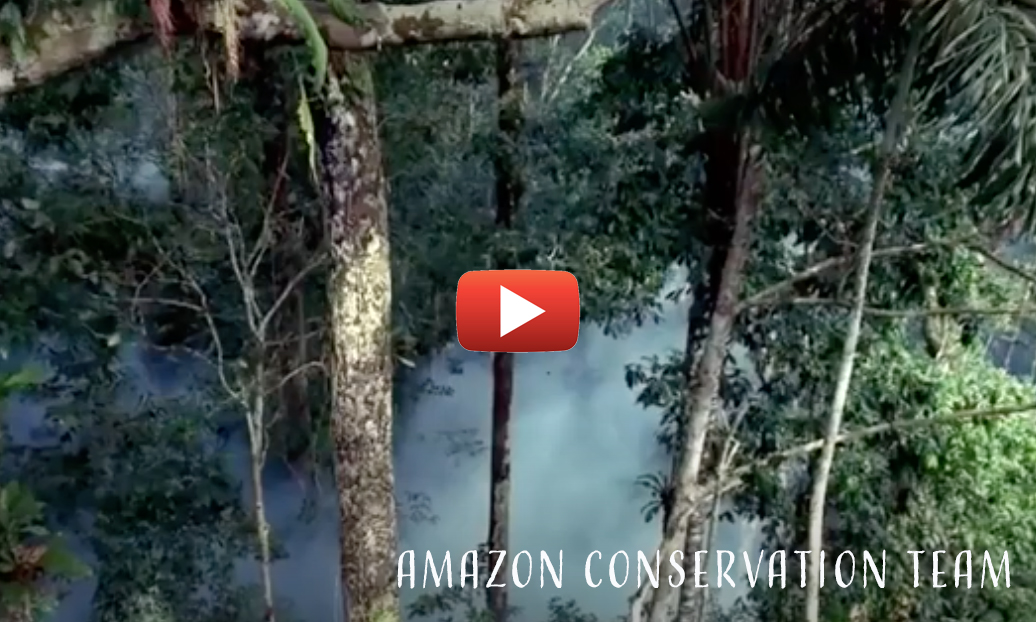 Together, Let’s Be Good Stewards

Together we can be good stewards of our shared planet Earth 🌎, as the Holy Scriptures call us to do 📕.

If we are to have dominion on planet Earth, how can we do so if it becomes polluted with our Creator’s precious life in peril?

The highest heavens belong to the LORD, but the earth he has given to mankind. – Ps 115:16

Did you know that you can support the Amazon Conservation Team directly by donating on their website, when shopping on Amazon.com with smile.amazon.com, and by a simple follow on social media to help share the good deeds with others?

Our Creator is One with all of creation. … “Everything was created through him and for him. He existed before anything else, and he holds all creation together.” – Colossians 1:16-17

Let us love our Creator and our neighbors. ❤️ 🎄

In a famous 1967 article in the journal Science, the historian Lynn White argued that Christianity hurts the environment because the Bible teaches believers that God gave them “dominion” over the world. Therefore, White wrote, many Christians feel they may treat the Earth as they please.

Among Christians in the United States, evangelicals are least likely to believe that climate change is real and human-caused, according to public opinion polls and academic research.

However, Christians in Brazil, home of the Amazon Rainforest, are concerned like other environment groups.  She wrote:

This is not the case in Brazil. There, evangelicals and Pentecostals — who make up about 30% of the Brazilian population — are just as environmentally concerned as other religious groups, public opinion surveys show. In fact, some surveys find that church attendance actually boosts Brazilian evangelicals’ environmental concern.

My own research on politics, religion and public opinion in Latin America reveals that many conservative Protestants in Brazil don’t just believe in climate change and think of it as sin. Some even see environmental destruction as a sign of the coming Apocalypse.

“God put everything in our hands perfect,” one evangelical pastor from the Brazilian state of Pernambuco told me during an interview in March. “We’re destroying it.”

Talking about “God’s creation” might feel uncomfortable to scientists and some progressives. But research shows that emphasizing the common values between Christians and environmentalists can foster more productive engagement.

As good stewards of the garden of our planet, it’s time for Christians in the United States to stand united for protection of our shared environment.

The Church of Scotland reports that “Christian Aid has launched a petition urging the UK Government to prioritize the wellbeing of people who depend on the rainforest for their survival, and to ensure that any trade and investment talks with Brazil and Bolivia safeguard communities’ rights and ecosystems. The charity is also inviting faith leaders to sign a declaration in solidarity with churches and communities across the Amazon region. ”

The Amazon rainforest is burning. Indigenous and traditional communities are on the frontline of the fires’ impacts. Their lives are being wrecked and their common home destroyed by an economic model that reduces nature and people to merchandise, fails to accept the planet’s limits and is driving climate breakdown.

Sources and Links to Check Out Further:

Here are some of Amazon Conservation Team links to check out further: