An Example in Raising Vibration –

George Mueller was one awesome example of a high vibrational individual who was so positive and energetic that in his 80s and 90s he was not only taking fine care of himself but also many orphaned children who did not have anyone to raise them.

He created a positive environment around himself that caused other people to be safe and secure in his presence.  His joy for life and care for others was so great that it overflowed into the lives of others.

Here are a couple pictures from the orphanage that he created through raising up his vibration and that of others using the simple practice of prayer. 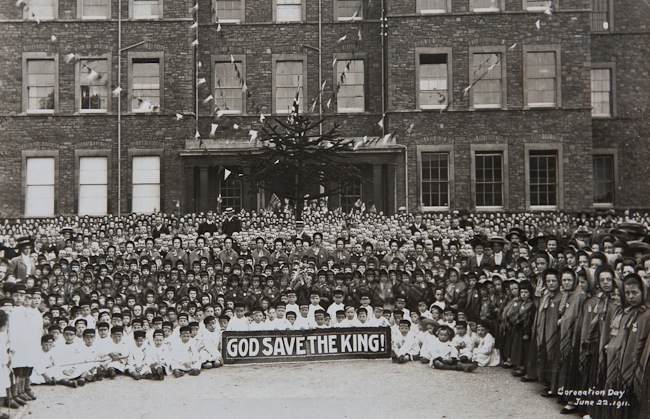 The name George Mueller is also spelled as George Muller, or George Miller.  I have even heard his name referenced as Josh Miller.

He became well known for the orphanages that he started and built through the simple practice of praying to God for what was needing in any given circumstance. Rather than getting angry, going to others for help, or asking for money from others, but through prayer and faith, he asked and received so that his joy in life became full as he was a conduit for helping others. 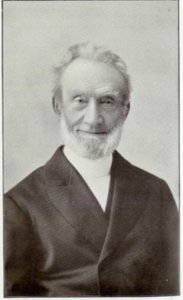 Photo of George Mueller at 90

When the orphanages had a need, God would answer his prayers.

That was a practical method he had learned earlier in life.

When George first decided to do missionary work to help others in need, his father was not happy that George was not pursuing a paying job.  As a result, his father stopped sending money for his college education.  George, for the first time, was humbled and did something he never had done before; he got down on his knees and asked God to provide him a way to continue to go to college.  Within that very same hour, a professor knocked on his door and offered him a job.

Over time, when George saw others in need, particular children in need, he learned that praying for them would result in their needs being met also.  At that time in history, during his lifetime of 1805 to 1898 when he was growing up in Europe, there was a large population of homeless, orphaned children.  Especially in that challenging century in Europe, the problem reached alarming rates with children roaming literally everywhere, without food or parenting, causing concern among socially minded people.

His example shows that when there is a big problem, or a great need for something, that solutions can be found in asking and receiving through prayer.

At the time; most often the solution to help people need was simply to put them to work, often leading to even an even worse life for abandoned individuals.

He looked to the positive approach of finding a solution that was needed at the time and asking God to help.

He did not focus on the work for himself or for the children in his orphanages. Rather, he focused on the positive supply.

He was a kind man, a man of prayer, that lifted people up with the rejuvenating word of God in the Holy Bible. 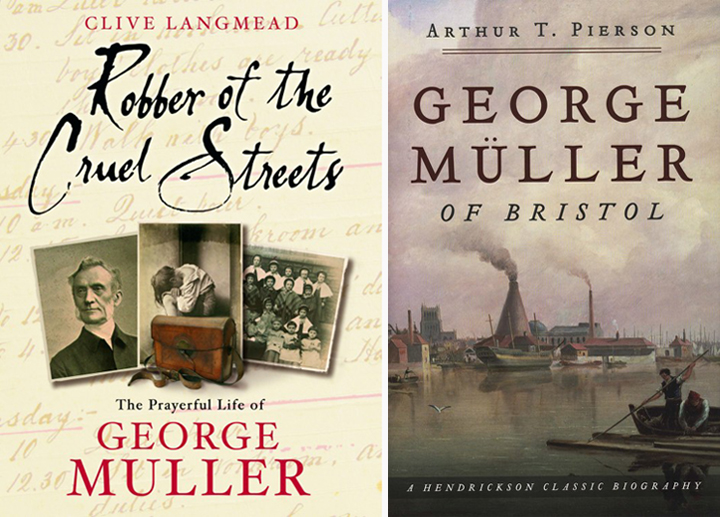 From the archives of George Miller for you to enjoy:

When on one of his journeys to a foreign nation, to share about the wonders of his God, the boat that he was traveling on came to a stop due to heavy fog.  He explained to the captain of the ship that he had never been late to an appointment with a king before, as he was on an important journey.  He prayed and asked God to clear the fog so that they could continue their journey.  The captain knelt down to pray with him and as he did, George got up and explained that God had already answered his prayer, that there was no need to keep praying as the prayer had already been answered.  The captain looked at the out window to see that the fog was cleared and they continue their journey on schedule.

There are many more stories and photos about George Muller found in the references below.  Here is another one for you to enjoy:

“The children are dressed and ready for school. But there is no food for them to eat,” the housemother of the orphanage informed George Mueller. George asked her to take the 300 children into the dining room and have them sit at the tables. He thanked God for the food and waited. George knew God would provide food for the children as he always did. Within minutes, a baker knocked on the door. “Mr. Mueller,” he said, “last night I could not sleep. Somehow I knew that you would need bread this morning. I got up and baked three batches for you. I will bring it in.”

Soon, there was another knock at the door. It was the milkman. His cart had broken down in front of the orphanage. The milk would spoil by the time the wheel was fixed. He asked George if he could use some free milk. George smiled as the milkman brought in ten large cans of milk. It was just enough for the 300 thirsty children.

George was a high vibrational individual that raised himself up to a higher vibration and raised other up as well.  He worked hard, attentive to every need, but that was not his source of success or provision of life.

George was not always positive or prayed for himself or others.  He had to overcome negativity and making fun of others.

George turned to a positive approach and raised himself up to do well for himself and others, through relationship, asking and receiving from God.  Through this approach, he was able to provide for all of his needs, for his family, and for all the children that he cared for.

“The wisdom that comes from heaven is first of all pure; then peace-loving, considerate, submissive, full of mercy and good fruit, impartial and sincere.  Peacemakers who sow in peace raise a harvest of righteousness.” – James 3:17-18 NIV

“Therefore, as God’s chosen people, holy and dearly loved, clothe yourselves with compassion, kindness, humility, gentleness and patience.  Bear with each other and forgive whatever grievances you may have against one another.  Forgive as the Lord forgave you.  And over all these virtues put on love, which bind them all together in perfect unity.” – St. Paul in Colossians 3:12-14 NIV

“Very truly I tell you, whoever believes in me will do the works I have been doing, and they will do even greater things than these, because I am going to the Father.” – Lord Jesus in John 14:12 NIV

“Until now you have not asked for anything in my name. Ask and you will receive, and your joy will be complete. In that day you will ask in my name. I am not saying that I will ask the Father on your behalf. No, the Father himself loves you because you have loved me and have believed that I came from God. I came from the Father and entered the world; now I am leaving the world and going back to the Father.” – John 16:24-26, 27-28 NIV

References for this article:

Comments are closed, but trackbacks and pingbacks are open.